Back in the late 1990s, I had the privilege of writing a biography on Morley Nelson, a passionate man who was a major force in convincing America that birds of prey should occupy a special place in the universe, and in our hearts.

Morley lived in the North End of Boise up on East Way. He had a bird house up there that would blow you away – all of these spectacular birds of prey lived there! A peregrine falcon, prairie falcon, his gyrfalcon, “Thor,” a bald eagle, his golden eagle, Slim, a merlin, all kinds of different birds of prey. They were educational birds, birds he used in the sport of falconry, birds that were recovering from injury, and birds he used in movies – either his own productions or movies filmed by his boys Tyler and Norman with Echo Films, or other film projects. When you saw those birds up close and personal, or watched them fly, it had a lasting impact on me.

This year is the 25th anniversary of the designation of the Morley Nelson Snake River Birds of Prey National Conservation Area. The NCA protects 485,000 acres of land and 81 miles of the Snake River canyon between Walter’s Ferry, south of Nampa, and Bruneau for nesgting birds of prey. It was a remarkable achievement backed by all of Idaho’s political leaders, particularly the late Gov. Cecil Andrus, Rep. Larry LaRocco, Sen. Larry Craig and the late Sen. Jim McClure.

Many of my readers enjoy my outdoor guidebooks to find the best places to go hiking, biking, skiing and paddling in Idaho. Imagine how amazing it must have been for Morley to personally discover North America’s foremost nursery for birds of prey in the Snake River Canyon in 1948. Talk about giving away the keys to the candy store for Morley~!

I hope you’ll consider picking up a copy of Cool North Wind to learn about the rich life that Morley pursued with amazing zeal. It’s remarkable that he did so much while also serving in World War II in the elite 10th Mountain Division and later, holding down a day job as the snow survey supervisor for Idaho, raising four kids with his first wife, Betty Ann, but he did it all. You can order the book here or on Amazon.com. 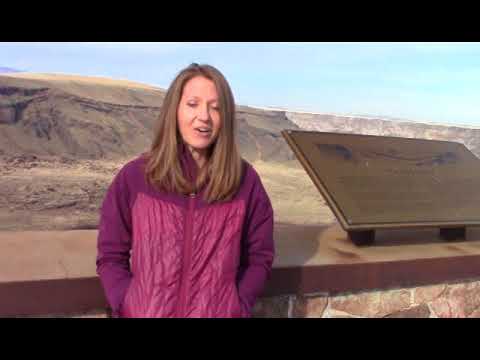 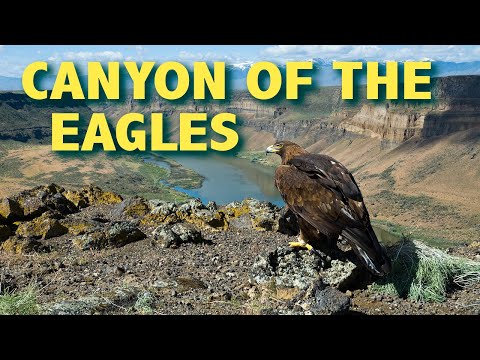 Like many Americans who came of age in the first half of the 20th century, lived through the Depression and served in World War II, Morley possessed a strong work ethic, and a deep sense of duty to his country. The personal relationship he developed with birds of prey, as an expert falconer and raptor-rehabilitator, fueled a fire in his belly to protect birds of prey from many threats: wanton shooting, electrocution, DDT, loss of habitat. It became a singular cause that superceded everything else.

As Tom Brokaw writes in The Greatest Generation, World War II veterans returned to America with uncommon zeal. “They were a new kind of army now, moving onto landscapes of industry, science, art, public policy, all the fields of American life, bringing to them the same passions and discipline that had served them so well during the war.”

It became Morley’s duty to convince Americans through films, speeches and politicking that eagles, hawks, falcons and owls deserved better than being routinely shot off the top of fence posts for mere kicks. As a war veteran, Morley understood what it meant to get shot. A company commander in the 10th Mountain Division, he suffered multiple wounds in April 1945 as the U.S. Army seized the Italian Alps. He received a Silver Star, a Purple Heart and a Bronze Star for his leadership and bravery. So to Morley, crippled birds were akin to American soldiers injured in battle – they deserved quick medical care and a chance to recover to full health. At many times, Morley’s hawk house resembled a hospital, providing shelter for dozens of sick and injured birds. But the birds always paid him back – they gave him strength and joy and inspiration every day. Occasionally, they gave him grief, too, painful lessons that caused a deeper understanding of nature and life.

Morley Nelson is not a household name as a leading American conservation figure in the 20th century, but many prominent people think he should be. His achievements in falconry, nature films, raptor-rehabilitation, conservation laws, raptor-electrocution issues and the recovery of endangered peregrine falcons have made a major impact on the welfare of birds of prey in North America and around the world. Beyond his conservation achievements, Morley has inspired literally hundreds of people to get involved in various aspects of birds of prey conservation. He is widely considered to be the dean of raptor conservation.

“There are few people who have entered my life who have left a more indelible impression than Morley Nelson,” says Roy Disney, vice chairman of the board for the Walt Disney Company. “His lifelong work for, and as an advocate of, the birds of prey could, in my opinion, be favorably likened to the work of Rachel Carson or Jacques Cousteau.”

“Morley is the leading figure in North America with respect to birds of prey. He’s known to everybody in this country and the world for what he’s done,” adds longtime friend and falconer Tom Cade, founder of The Peregrine Fund.

Maurice Hornocker, a prominent wildlife biologist who recently completed a study of Siberian tigers in Russia, says Morley motivated him in many ways during their work together in the Snake River canyon. “He had this uncanny ability to instill enthusiasm in everyone,” Hornocker says. “It was a treat just to go out with him just for that. I’d find myself refreshed and energized by every trip, in my own work.”

Hornocker, who went on to write for National Geographic and gain media coverage of his wildlife research around the world, says he learned the importance of broadcasting wildlife work to the mainstream from Morley. “He’d always tell you, you have to tell people, you gotta show people the beauty of these birds. You gotta show them how regal, and how truly beautiful these birds area, and how beautiful the whole world is. He always had that infectious enthusiasm and optimism. It’s a gift. It really is. An absolute gift. It’s obvious from the people he was able to influence – politicians and business people with no connection to wildlands or wildlife, previous to their association with Morley – and they became absolute crusaders for the cause. He’s really an amazing guy.”

When Roger Caras visited Boise to produce a TV segment on Morley in the 1970s, he referred to him as a “centurion,” someone who comes along once every 100 years. I would concur.

(Excepted in part from Chapter 1 of Cool North Wind)